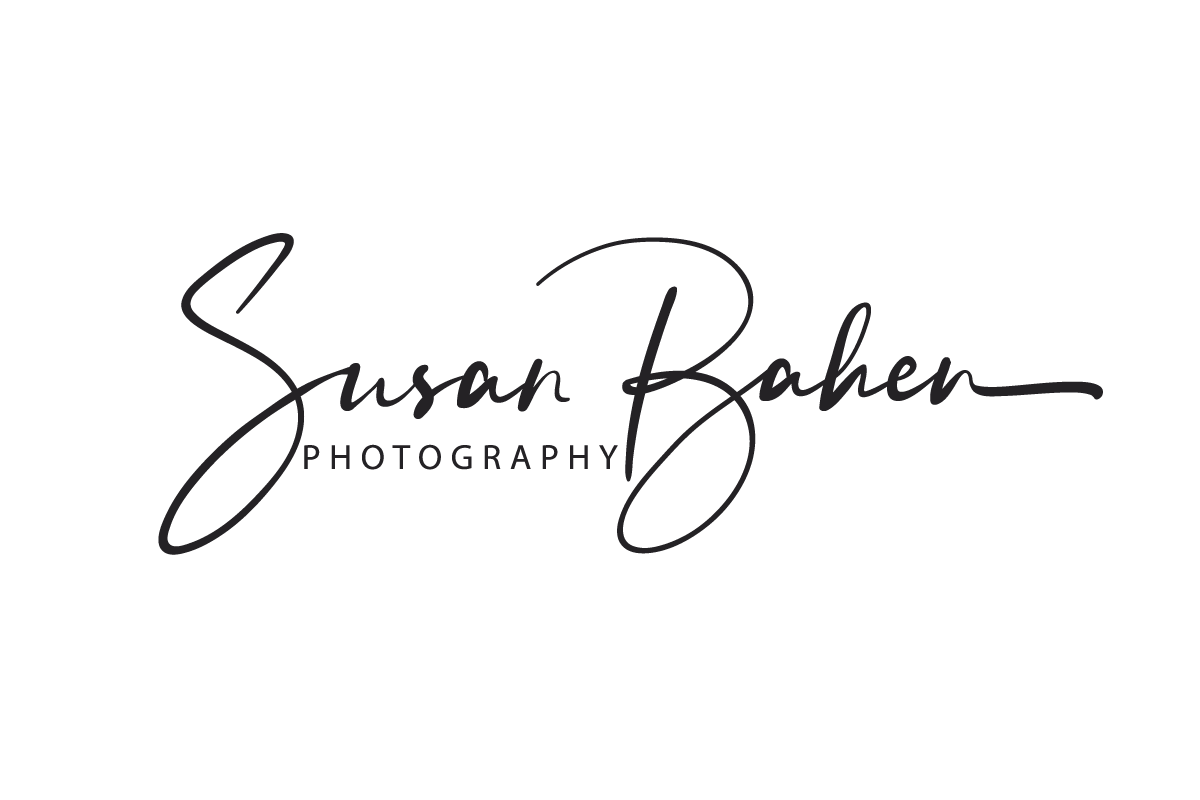 I am a lazy creature.  I love to put my feet up first thing in the morning with a cup or three of coffee and ease into my day.  This is especially true up at the lake, where I have the luxury of not having anything on the agenda.  My laid-back approach proves to be a bit of a problem considering my love of landscape and nature photography.  The most beautiful light of the day conflicts with my slothing.  I most often rush out the door with my camera, still in my jammies and capture the sun rising over the lake.

While the hubby and I were at the lake for the Labour Day long weekend, we awoke to the most incredible fog on Saturday morning.  So many times I have captured the fog in the same manner I capture most of my images, grab and shoot.  Well on Saturday, I hemmed and hawed, and finally decided to change my ways and get out and shoot a scene I haven’t yet shot.  So down the road I headed toward the farm with my Nikon D750 and my Sigma 24-70. They say timing is everything and my hesitation caused me to miss the fog by minutes.  Not only that, I ended up having a change of plans and wanted to photograph the incredible spider webs that had captured the morning dew.  So after a not-so-serene run back to the cottage to retrieve my Nikon 105mm macro lens, I ventured into the farm field and got lost in the beautiful work of the orbed weaver.  Slowing down and shooting with my macro lens is like meditation for me.  I become aware of my breathing, concentrating on slowing my breath to steady my camera.  Shooting like this is the epitome of serenity. 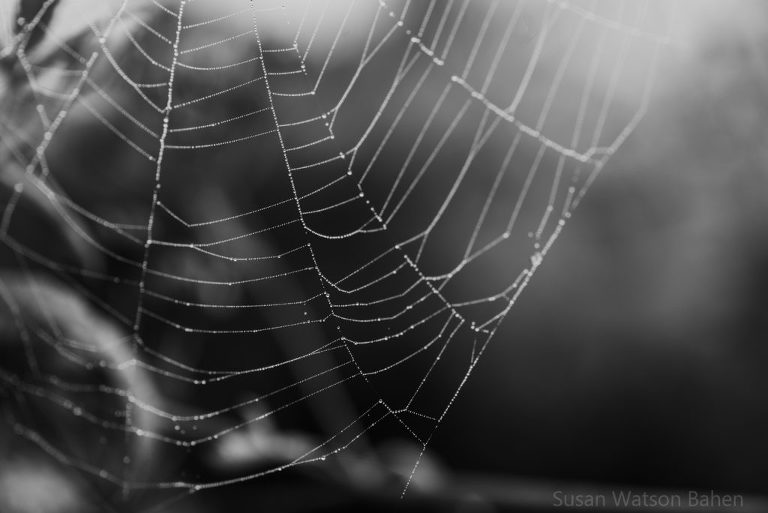 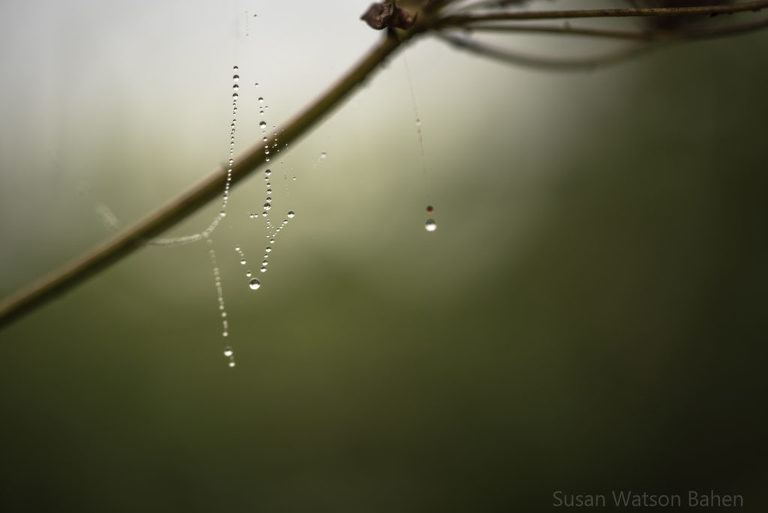 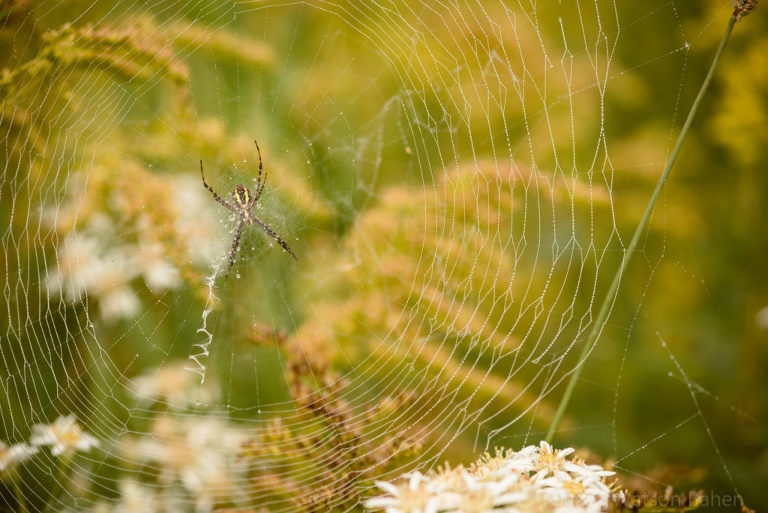 Not to let an opportunity pass me up twice in two days, I didn’t hesitate Sunday morning when the fog made another appearance.  Even more prepared than on Saturday, I donned my Hunter wellingtons and headed back to the farm to capture this scene that I had been remiss to shoot in the fifteen summers we have be going to Lake Pemichangan.  Other than a small group of people out for an early morning walk, I had the road and the farm to myself.  Such a beautiful, peaceful morning, the golden rod was still in its glory. I shot for about forty-five minutes until the fog had lifted.  When I returned to the cottage, my coffee was waiting but now I have a collection of some of my favourite images of the summer which if I had been true to form would have missed out on.  Lesson learned. 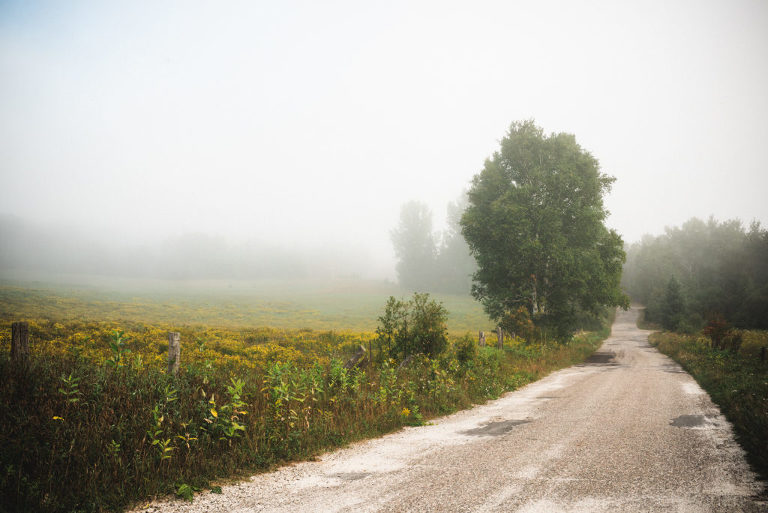 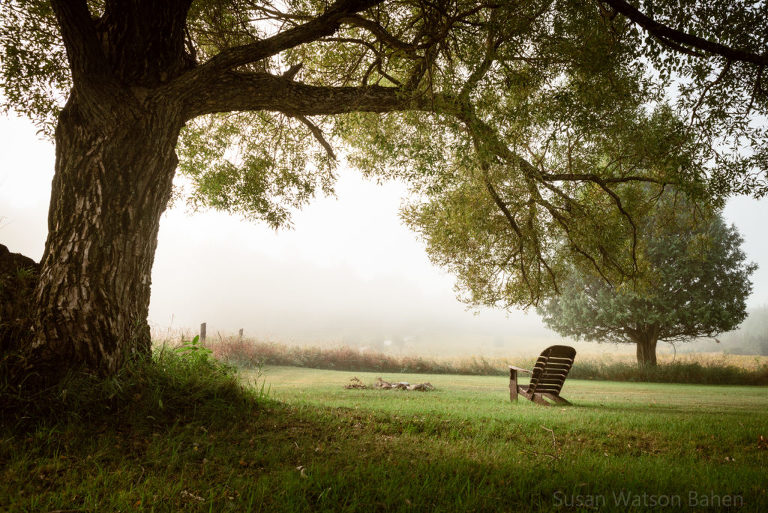 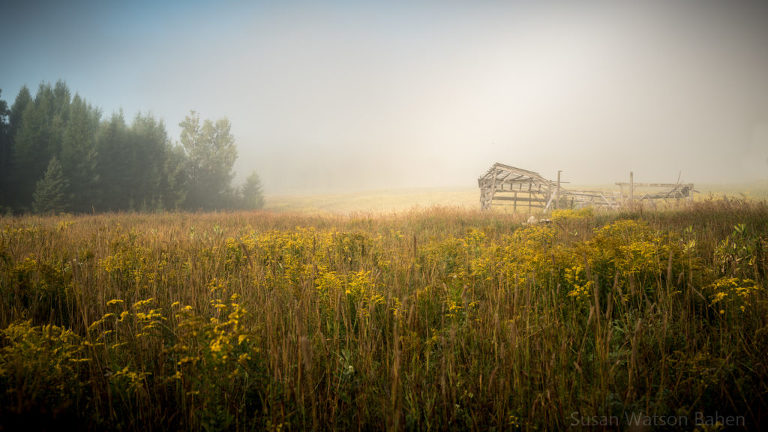 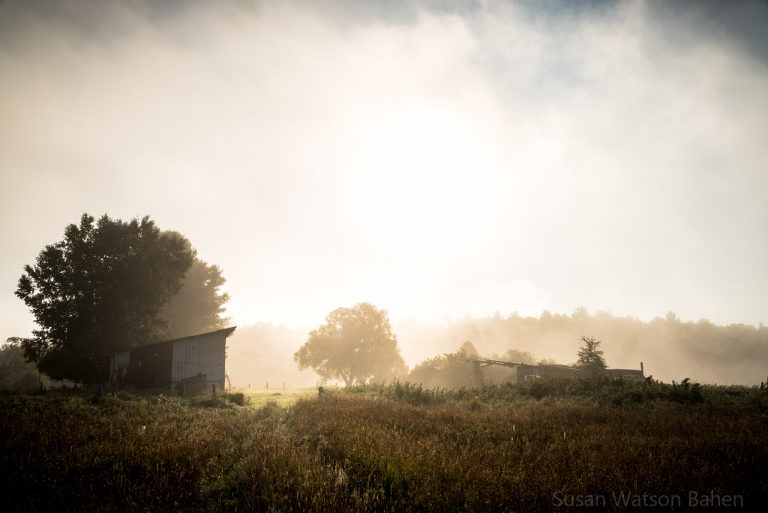 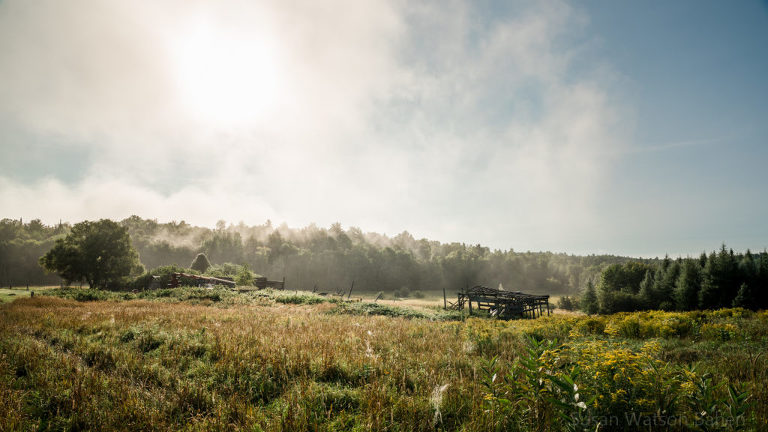 The Serenity Blog Circle is a collaborative photography project in which the images portray the photographer’s view of what she sees as serene.  Please follow the link to the very talented Carri Peterson of Sunlit Moments Photography to see her take on the theme.  Thanks so much for looking.